Working closely with family in a second-generation partnership as well as doing some contracting and a joint venture with a neighbouring farm, he plans to use the platform on the Home farm first.

“We have made a start with the new platform, uploading crops and boundaries, and so far, it seems a straightforward, intuitive system,” says Mr Fletcher.

Soils range from light sandy loam to clay outcrops, often varying within fields, and much of the land is stony and abrasive.

He regards a variable seed rate as one of the most advantageous assets of precision farming, and he will use Omnia to generate plans that will optimise the plants per square metre where appropriate, such as on heavier land.

Typical crops in the rotation grown on the farm include winter wheat, winter and spring malting barley, oilseed rape and sugar beet; last year he grew rye for the first time.

“One of the challenges we have is that our soils are generally low in nutrients, so tailoring inputs and seed rates will help crops reach their full potential.” 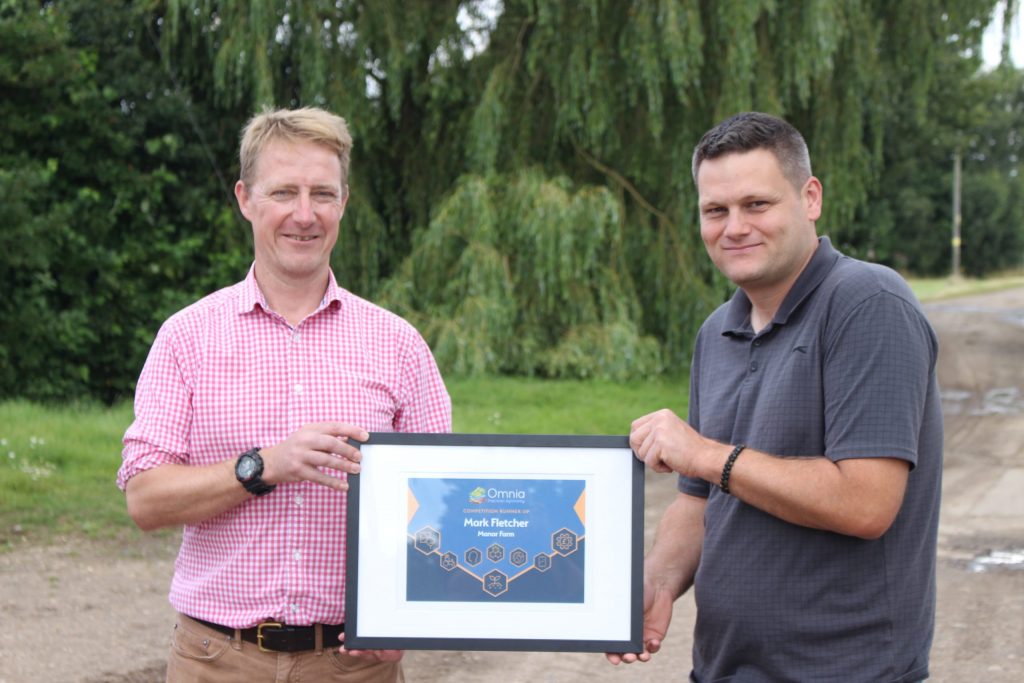 Mr Fletcher goes on to say that he expects to find the environmental audit very useful too, as he is in his first year of the Countryside Stewardship scheme.

“One of the benefits of the system is the collection of background data which will help us assess whether we are improving our environmental sustainability.”

There are a number of ways Omnia can help growers monitor their environmental footprint and leave an audit trail, says Edmund Stevens, agronomist at Hutchinsons.

For example, the Omnia mapping clearly shows field margins and where features are in the field, and there is the option of an auto-fill tool if the user wants to create a bespoke margin.

Mr Stevens says: “When drilling strips or mowing them, and you can take a picture on the Scout app which shows the date, location and time. This helps create an audit trail to show what you have done and how you are fulfilling the requirements of any particular scheme.”

He adds that to comply with the Sustainable Soil Incentive (SSI) growers can already carry out a soil management plan, adding that the system will be further developed to make it easy to use for ELMS schemes, so it is possible to easily quantify each option.