Scanning with a resolution of 800 data points per hectare, TerraMap is now able to map both organic and active carbon in the soil for the first time.

“It’s all about adapting what we do rather than radical change- and being able to measure what we have is the first step.”
Nick Wilson – Hundayfield Farm

Why is it important to measure carbon?

While pressure to manage carbon is only increasing, as an industry UK farming is in a unique and enviable position as farming activities can make positive changes to carbon, which most other industries are not able to do.

However, this challenge comes at a time when the arable industry is facing great change in the light of the loss of basic farm payment, and many growers may well be questioning the importance or relevance of carbon management as potential profit margins are threatened.

But it’s important to move away from seeing carbon footprinting as a burden or simply a tick-box exercise and see that this is beneficial, as a proxy measurement for efficiency and profitability of a farm as well as simply a measure of waste.

A reduced carbon footprint can only be achieved through more efficient fertilisers, different technologies, better soil carbon management or considering the energy used in storage, so it’s a win– win on all levels. 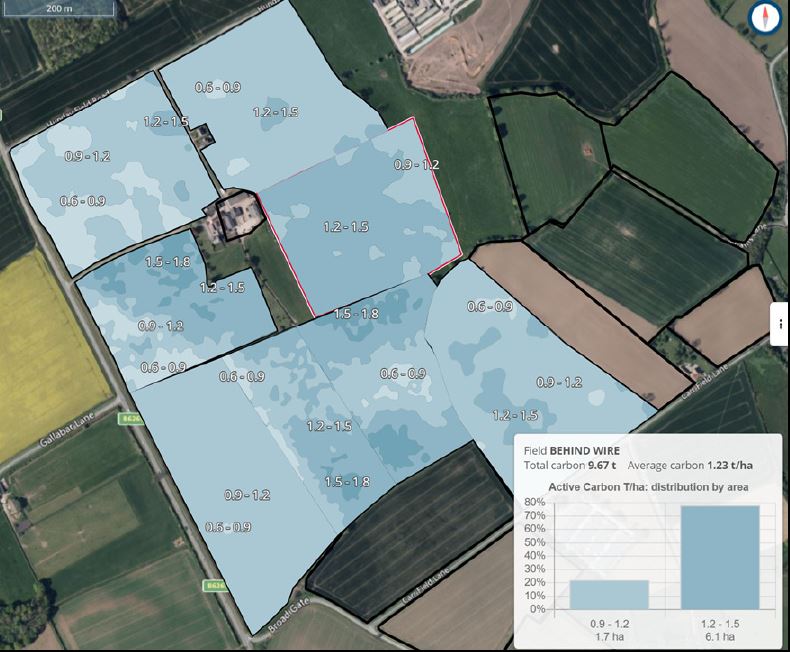 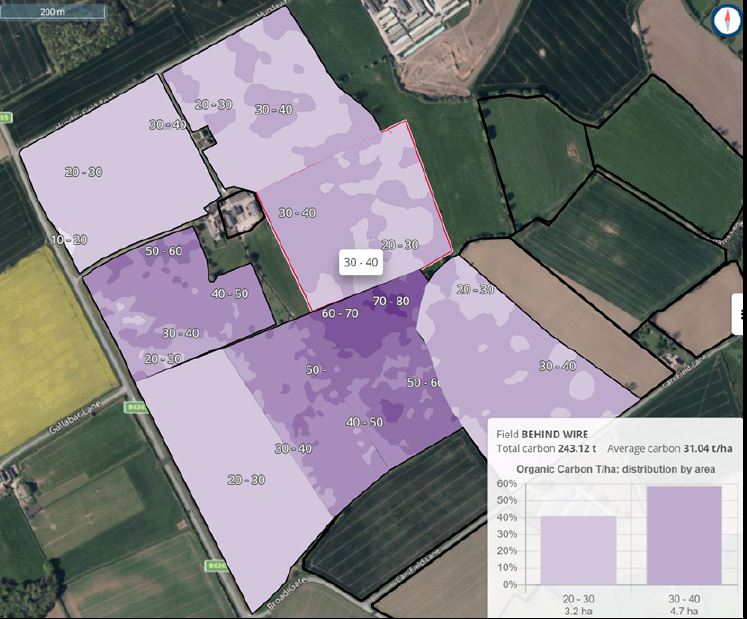 TerraMap revolutionised the way in which soil nutrient mapping was undertaken in the UK- and it is now doing the same for carbon mapping.

TerraMap uses gamma-ray detection technology that delivers resolutions of over 800 points/ha and it measures naturally emitted isotopes, like Caesium and Potassium, that are very stable due to their long half-lives. The infield process of collecting the data is carried out in 2 very simple steps; scanning by driving a light weight all-terrain vehicle fitted with the sensor over a field, and then taking soil samples to allow for each scan to be used to create the individual map layers. This means that there are very few limitations to when TerraMap can be used – offering a much wider operating window compared to other soil scanning systems.

The consistency and reliability of the results from TerraMap are proven, reflected in its uptake on over 35,000ha’s on UK farms since its launch in 2018 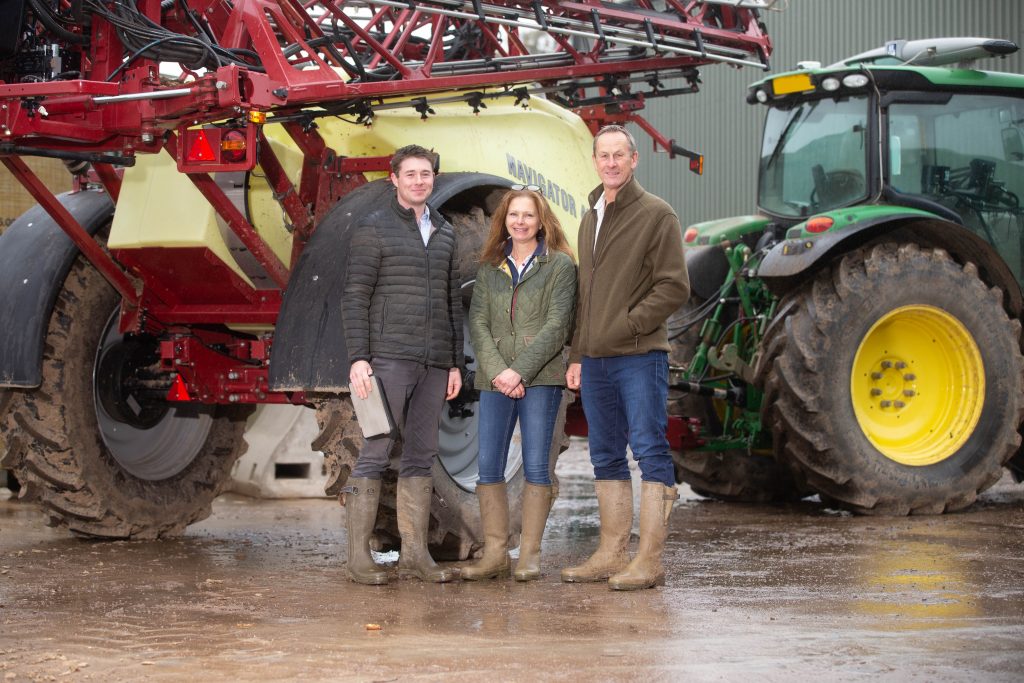 “Now that we have a baseline measurement, we can look not just how we can manage our processes to build carbon on the arable fields up to the levels of that of the pasture, but also to prevent any unnecessary losses of carbon. For example we would be interested to look at the impact of root crops on carbon. We will also use cover cropping to prevent having any bare land over winter and reducing loss this way.” says agronomist Sam Hugill.

For Nick Wilson the bottom line is that he is a food producer, and managing carbon has to fit into that:

“We always look at what we do and how we can do better and carbon is a part of that – how much we do about it will ultimately be driven by policy – but whatever decisions we make on farm have to be good for us agronomically and economically in the first instance.

“It’s all about adapting what we do rather than radical change- and being able to measure what we have is the first step.”

TerraMap Carbon is available as a standard or premium service.

The premium service maps 27 layers which includes a wider range of micronutrients than those in the standard service, and also cation exchange, and now both total organic and active carbon percentage and tonnes/ha – that is the percentage of carbon that’s active in the soil.

Contact Us for more details or to get a quote